The Hotel Aurora has rooms and apartments for your holidays in Vieste, the right place from where leave at the discovering of the Gargano, to better know an enchanting and surprising land. Vieste is one of the most visited bathing cities on the Gargano, thanks to its striking city center, that is made of the typical narrow streets and the historical buildings (Romanic Cathedral, Castello Svevo, Porta Alt) and the marvellous beaches, that have been often awarded with the Blue Flag. Every area of the coast has its typical features.

The beach that is agreed upon with our hotel on the beach in Vieste, is really close to the Pizzomunno faraglione, a monolyth, 25 meters tall, that recalls an ancient and legendary love. The sailor Pizzomunno was indeed in love for the beautiful Crisalda and when he went sailing he was able to resist to the call of the sirens. These were so gelous of Cristalda, to decide to take revenge against her and pull her into the abyssess. Pizzomunno, petrified by the sorrow, turned himself into a white rock, that nowadays is an emblem of the city. Porto Nuovo beach is known due to a typical little island, 500 meters far from the coast, while the beach of San Felice is nestled between the so well known Architiello, another one of the emblems of the Gargano, and the cliff.

The small bay of Pugnochiuso offers too a marvellous scenario, made of clear waters and amazing bottoms. Who loves instead more quiet places, will enjoy a lot one of the beach among those of Campi, Porto Greco, Cala della Pergola. Vieste welcomes its tourists with a wide offer of places and events, able to make every holiday a unique stay, while which one can also live the most ancient traditions of the city, such as the Saint Patron feast of Santa Maria di Merino or that one devoted to San Giorgio, known due to the traditional horse ride on the beach of Pizzomunno. 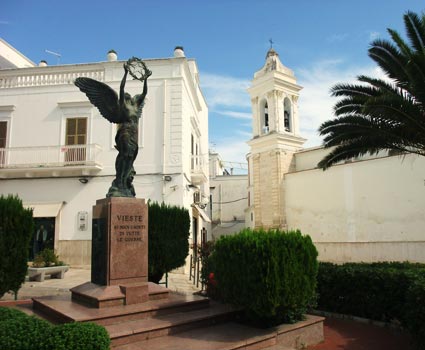 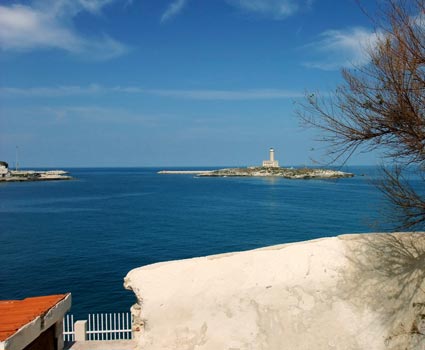 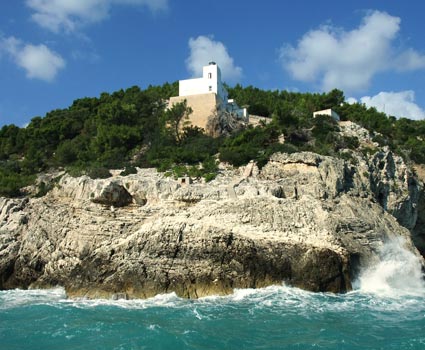 Check availability for your next holiday at the beach

”This family hotel recently renovated site near the main avenue of Vieste and Pizzomunno Beach Albatros agreement with the lido and a...

”If you want to spend a beautiful aurora stay at the hotel you have to go! The hotel is located a few steps from the sea: the rooms are spacious and...

”I got to stay at the Hotel Aurora, recently for a brief impromptu vacation and I immediately noticed the location well run by friendly and helpful...

”We just returned from a two week stay, it was a wonderful experience. Hotel A family hotel with extremely professional titles, courteous and...